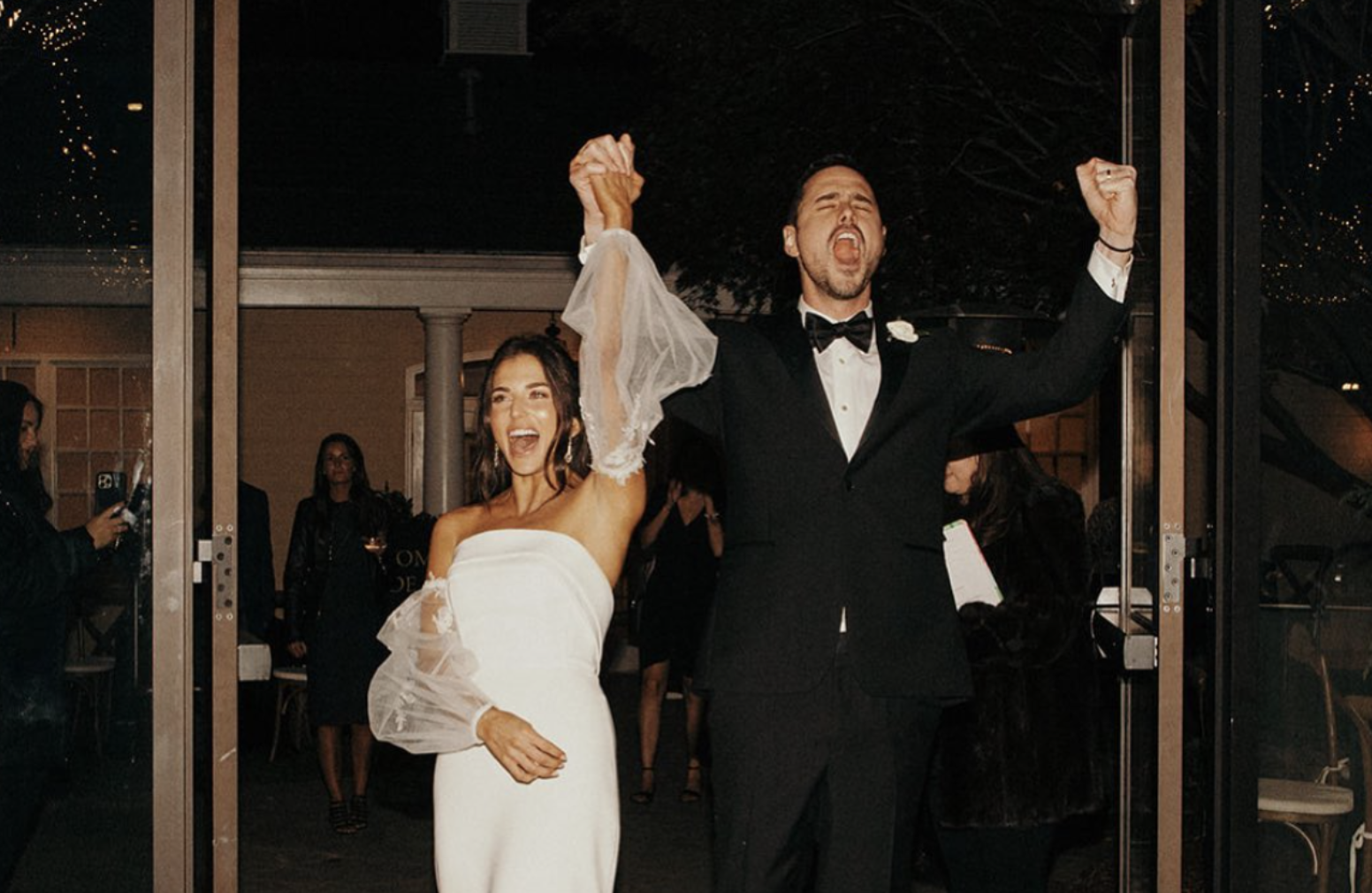 Hello Bachelor Nation! It’s almost Turkey Day, and the only drama more entertaining than those political discussions with your step-aunt at the Thanksgiving dinner table is the scalding hot tea coming out of our favorite reality TV franchise. There’s simply no time to waste this week – let’s get right into it.

Okay, enough with the airplane puns. Hannah Brown revealed in her upcoming book “God Bless This Mess” that she and Peter hooked up the night of Dylan Barbour and Hannah Godwin’s engagement party in February 2020!  After dumping him on her season of The Bachelorette, Hannah Brown showed up on night 1 of Peter’s season. According to Peter, who has confirmed the February 2020 hookup, he told her that if she said the word, he would have quit the show and left with her.

Ben Higgins is a Bachelor No More!

A massive congratulations is in order for the lead of The Bachelor Season 20, and friend of the Bach Bracket platform, Ben Higgins, on his marriage to Jessica Clarke. The couple got married last weekend just outside of Nashville, Tennessee, and a plethora of Bachelor Nation was there to celebrate. Ben and Jess seem so happy to be able to finally tie the knot after two years of planning the wedding. We love love, and you can show Ben some love by subscribing to the Almost Famous Podcast that he hosts with Ashley Iaconetti.

Take Care of that Hair (Sponsored)

Looking to have hair like JoJo and Jordan? Well, look no further. Kérastase has, and always will, pioneer the future of professional luxury haircare and empower the beauty of all. Enjoy 20% OFF sitewide* + receive a complimentary gift of a mini blowdry primer for dry hair & free shipping with all orders. Enter code HOLFF21 at checkout when you shop November 19th-21st (*Some exclusions apply). Shop now!

Wine In Time For Winter (Sponsored)

It’s almost that time of year again where snow is falling outside of your window, you put on your comfiest groutfit, open a bottle of Josh Cab, and watch the drama unfold on Monday night ABC. Our friends at Firstleaf Wine Club want to help turn that image into reality with their very generous offer of 6 bottles of wine for $29.95. Get started by taking their wine quiz today!

‘People’ got the first exclusive look at the happy couple. Congrats to Ben and Jess!

Here’s a little Tyler Cameron mid-marathon to take you into the weekend. You’re welcome.

Head on over to Katie’s insta for the ’12 Days of Messy,’ where she pairs 12 of her contestants with Taylor Swift songs.