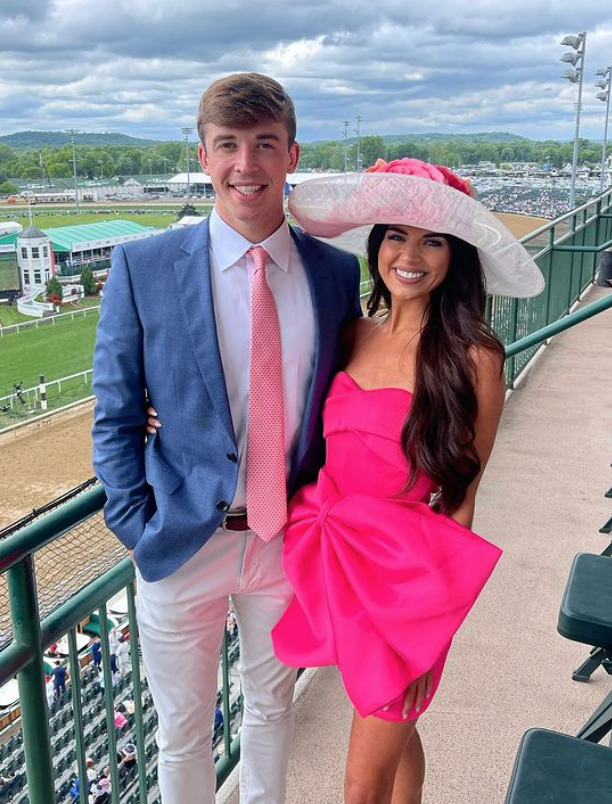 Hey Bachelor Nation! We’re coming at you this week with a special ~Wednesday~ edition of the Rose Rundown. Let’s cut right to the chase – today we’ll be covering all the Bachelor Nation updates, rumors, theories, and everything in between.

Kicking off this week’s relationship rundown is a hard launch from former Bachelor contestant, Madi Prewett. This hard launch came with IG posts from both Madi and her new boo, Grant Michael Trout – the son of billionaire Kenny Troutt. Here’s a timeline of their relationship for those interested, and in honor of Father’s Day coming up… does anyone think Madi’s new boyfriend looks a lot like her dad?

Moving on… After six (6) years of dating, former Bachelorette JoJo Fletcher has officially tied the knot with her now-husband, Jordan Rodgers! It has been crazy to watch this Bachelorette success story unfold over the years, from Jordan’s limo entrance all the way to the couple’s wedding. We couldn’t be more excited for these two and wish them happiness and health in their marriage!

Speaking of weddings, does anyone remember twins Emily and Haley Ferguson from Ben Higgins’ Bachelor season (or from the 3rd & 4th seasons of Bachelor in Paradise)? They may not have had luck on screen, but off-screen they met their matches, with great timing we might add. They recently shared some pictures from their joint bridal shower. That’s right, a JOINT bridal shower. Looks like the Fergies are living out the twin dream of doing every life milestone together; if both choose to have kids, it’s probably safe to say they will try to time their pregnancies.

We’re under 60 days away from seeing Gabby and Rachel grace our screens as co-Bachelorettes, but we can’t help but ask: how’s this gonna work? Two Bachelorettes at the same time has only happened once, and one got ousted after the first night (for those unfamiliar, check out The Bachelorette Season 11). We have no clue how this is going to go, so we’ve been scouring the web and found some theories (Potential Spoiler Alert: there might be some very light spoilers ahead, but feel free to skip this next part).

We’ve seen theories thrown out that there will be separate casts of men specifically for each girl; though, based on Jesse’s statement at Clayton’s finale that there were men waiting to meet both women, we doubt that theory will prove true. We’ve also seen lots of discussion surrounding the potential for double dates, shared hometowns, and even sending guys straight to Paradise after being eliminated from The Bachelorette.

In our opinion, the most likely theory comes from Zachary Reality, claiming to have an “inside source” who says that the girls share the same group of men and the men date both women all season. Zachary also claims that at the final four, two of the men will meet Gabby’s parents and two will meet Rachel’s. How they get to that point is beyond us, but we’re excited nonetheless!

We follow everyone, so you don’t have to – Stagecoach edition