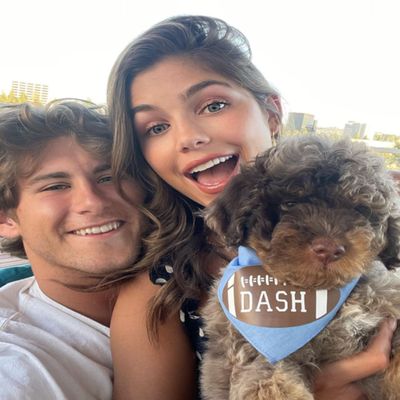 Happy Friday, Bachelor Nation! We’ll keep this intro short so you can get to your weekend plans more quickly. Here’s the hottest Bachelor Nation news from the past two weeks.

Before we get into the real Bachelor Nation tea, we just wanted to see how you are doing. Enjoying Gabby & Rachel’s season? If you are, great! If you aren’t – you’re not alone. Recently, on an episode of Celebrity Beef, Ben Higgins and Nick Viall let it be known that they are not fans of the two-lead concept. We’re big Gabby and Rachel supporters, but we are inclined to agree that having two bachelorettes has made viewing this season a little difficult (there are only so many times we can watch Rachel sob for feeling rejected). Nonetheless, we are still fully drawn into the season.

Speaking of Gabby and Rachel’s season, we’ve got some contestant tea for you. Now, these are all alleged claims, but the Bachelor Nation Twittersphere is ablaze with a story regarding Nate and his ex-girlfriend(s?). TL;DR: Reality Steve dropped a story (don’t worry, the article doesn’t include any season spoilers) about Nate’s ex gf of 1.5 years saying Nate never told her about his daughter. Included in that story were allegations from another woman saying that she was seriously romantically involved with Nate the entire time that he and girlfriend #1 were together. The receipts are all in the article and we believe the two women’s stories.

Nothing screams Bachelor Nation more than a lightning-quick relationship. During any given season, you only get a handful of weeks to fall in love and get engaged. Well apparently, practice makes perfect, and when you know – you know.

Who knew? Apparently Madi Prewett and her FIANCÉ – yup, fiancé. The couple announced their engagement only 4 months after going public with their relationship on social media. Madi and her beau also dated for 4 months before becoming IG official. Let’s do some quick math: 4+4 = 8. How many 0’s come after the 1 in billion? Madi’s fiancé, Grant Troutt, would know because he is the son of billionaire Kenny Troutt. Congratulations Madi (and Grant, too)!

Speaking of quick, Tyler Cameron knows a little something about that. Less than a month ago, Tyler Cameron and model Paige Lorenze went IG official and shared they were dating. Recently, in an interview with E! News’ Daily Pop, Tyler Cameron confirmed that he and Paige had broken up. We’re confident that both Tyler and Paige should have no issues finding a new mate.