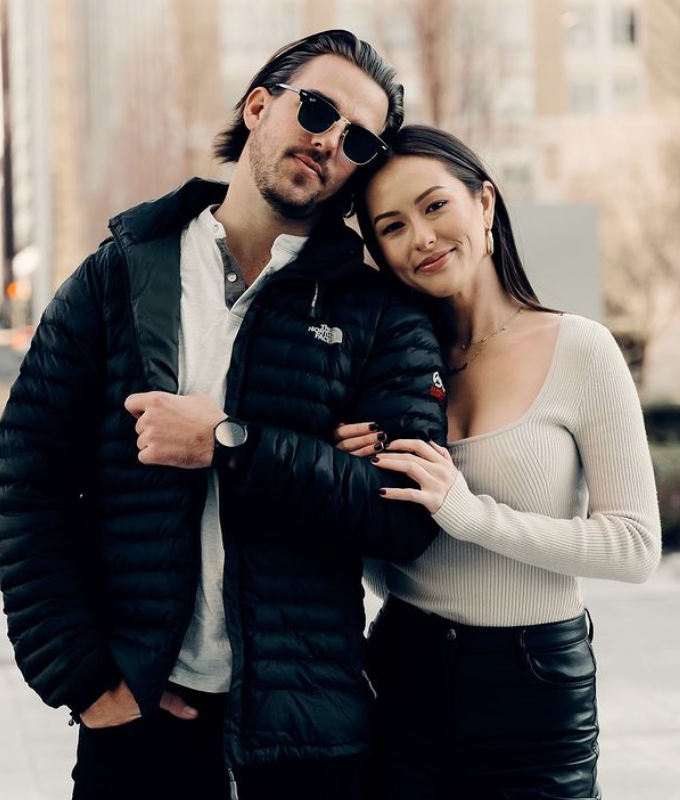 Hey Bachelor Nation! We hope you had a happy and healthy New Year! We are back in the full swing of all things Bachelor Nation and there is plenty of tea to be discussed. This week we’ll be talking about the alleged end to a relationship we love and the possible beginning of relationships we aren’t quite sure how to feel about yet.

We all know by now that there’s nothing Bachelor Nation does better than dig up the dirt on current, former, and future contestants of the show. This past week, the Bach Nation investigative team has dug up some pretty eyebrow-raising evidence against one of our favorite Bachelor in Paradise couples: Riley and Maurissa.

After their engagement on BIP 7, we followed along as the couple shared their love with the world through pictures making breakfast together or celebrating Christmas together. But more recently we’ve seen those pictures of the couple disappear from Maurissa’s Instagram page – all except for the official ABC images and pictures from a People Magazine photoshoot (contractual obligations maybe?).

Since then, we’ve seen a series of cryptic tweets and Instagram captions from both parties of the (former?) couple. Riley’s stories mentioned “facing obstacles” and getting knocked down while Maurissa shared one with her engagement ring clearly missing. We truly hope that these rumors are all smoke and mirrors and that Riley and Maurissa are as happy as ever, but until we know for sure, all we can do is hope that they can still envision spending their future Sunday mornings together.

Give Us a Blake

Is it just us or is it getting difficult to keep all of the different Bachelor Nation ‘Blakes’ straight at this point? With Blake Moynes’ fresh breakup with Katie Thurston and Blake Horstmann flying around the country performing at your local nightclub, we didn’t think there was more room for another Blake to enter our news cycle. Enter Blake Monar…

After Clare and Dale’s second breakup back in September, we haven’t heard or seen much from Clare on the romantic side of her life until lately. During a trip to Indianapolis, Clare and former contestant on her season, Blake Monar (aka ‘Tatty Daddy’), shared multiple social media posts of the two around town doing things like bowling, shopping, and spending time with Blake’s parents. While neither have publicly commented on their relationship status, there seems to be a lot of talk that these two may be our next Bachelor Nation couple to keep an eye on.