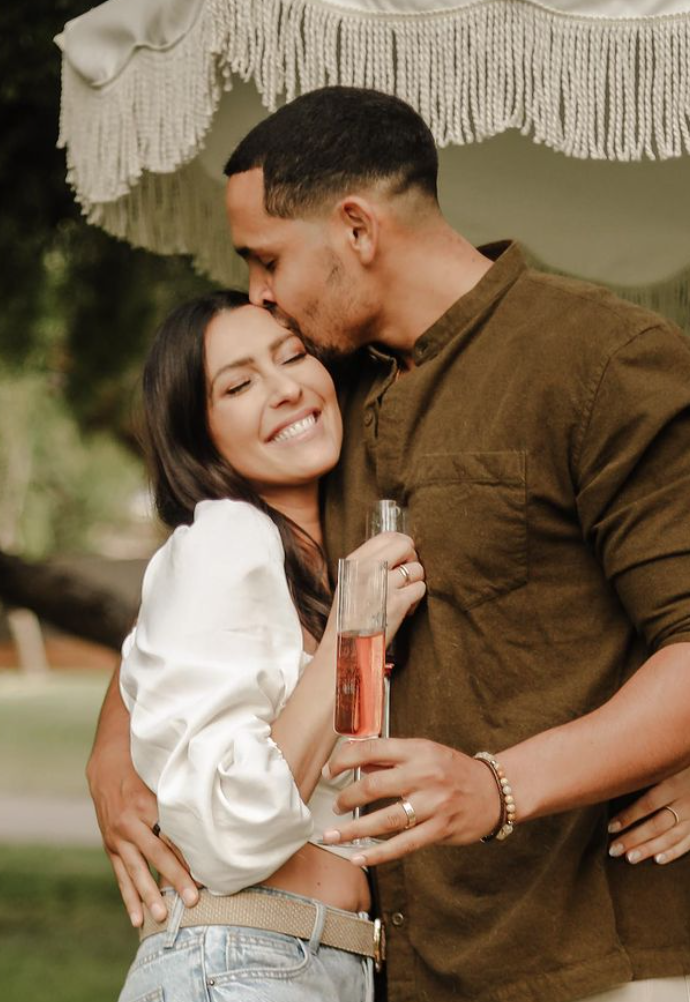 Hey, Bachelor fans! We’re back with a jam-packed edition of the Rose Rundown. There’s plenty of news to share so we won’t waste much time. Today we’ll be covering all the Bachelor Nation engagements, breakups, marriages, and more!

Kicking off this week’s relationship rundown is former Bachelorette, Becca Kufrin, and her FIANCE, Thomas Jacobs. That’s right, fiance! Just a few weeks ago, Becca decided it was time to pop the question and got down on one knee. Many were shocked by the former Bachelorette being the one to propose, but according to Thomas, it is “the biggest compliment.”

In other exciting relationship news, Bachelor Nation alum, Tia Booth, is pregnant! She and her fiance, Taylor Mock, have confirmed that they will be welcoming an extra member to their family soon – a baby boy! This news comes not too long after the announcement of their engagement – lots of exciting events for this couple recently. We wish them the best of luck with everything (and we can’t wait to see pics of the baby ASAP)!

It’s official; Bachelor in Paradise will be back for its eighth season starting on September 27th! We’re pumped for our favorite contestants to return to the beach and have been counting down the days since the official announcement (74 days until BIP if you’re wondering). Jesse Palmer will be hosting this season of BIP with Wells Adams coming back as a bartender. We’ll save the spoilers for Reddit, but so far, things are looking spicy.

Speaking of spicy, it was confirmed that we almost got to see former Bachelor, Peter Weber, hit the beach for Paradise this summer. In a conversation with US Weekly, Peter confirmed that he was close to joining this season’s cast but ultimately, the two parties couldn’t come to a contract agreement. Peter on Paradise surely would’ve made for some entertaining TV, but we think we can live without seeing him back on our screens this September.

All that glitters is not gold and we quickly learned that over the past few weeks with some bombshell Bachelor Nation breakups. The first painful breakup was between our most recent Bachelorette, Michelle Young, and her former fiance, Nate Olukoya. After a 7-month-long engagement, the couple decided to call it quits and pursue other relationships. We wish them the best of luck in their future endeavors. (Btw, remember that $200k ABC gifted the couple for a “down payment” on their house? Apparently, the two will be able to keep the cash – read more here).

Speaking of Bachelorette breakups, it was confirmed that former Bachelorette lead, Katie Thurston, and now ex-boyfriend, John Heresy, have ended their relationship. In a classically messy fashion, the breakup was confirmed via an IG story from Katie saying: “Statement: no we aren’t together.” Shortly after that post, we received confirmation from John that the couple had split. Though they appear to remain friends, we’ve been seeing some recent social media activity that indicates this breakup could get even messier.